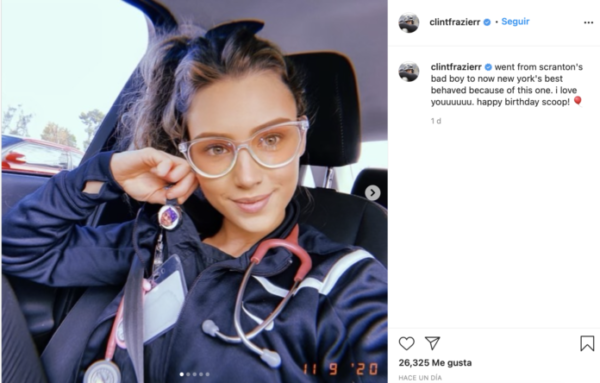 Frazier wished girlfriend Kaylee Gambadoro, who he has been linked to since the summer, a happy birthday on Wednesday – and it came with a telling caption.

Frazier, 26, came to the Yankees as a coveted trade piece in a deal with the Indians in 2016, but his rise to the major leagues had been plagued by injuries and bouts of immaturity and impatience.

But Frazier was a key part of the Yankees’ 33-27 coronavirus-shortened season, hitting .267 with eight home runs and 26 RBIs in 39 games

Gambadoro traveled with other Yankees’ significant others during the playoffs, including their five-game ALDS loss to the Rays in San Diego.