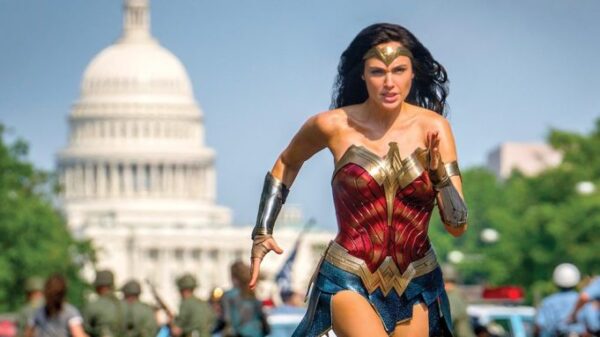 When “Wonder Woman 1984” debuts in the U.S. on Christmas Day, the Warner Bros. film will be breaking new ground.

The long-delayed superhero sequel is taking a bold swing by opening on the company’s streaming service HBO Max and in select theaters on the same day. It’s the first movie to test Warner Bros.’s hybrid release strategy, one that will see “The Matrix 4,” “Dune” and other anticipated 2021 films simultaneously hit cinemas and streaming services.

Yet “Wonder Woman 1984” won’t be a pioneer solely in terms of seeing how many new subscribers HBO Max can wrangle. It’ll be a test case for a decades-long debate in the film business: Will people still go to movie theaters if they can watch the same blockbusters at home?

Even Diana Prince’s lasso of truth may struggle to produce a satisfying answer at first. That particular point of contention won’t be easily proven, at least not until most of the population is vaccinated and people feel safe returning to the movies. Right now, front-line health care workers and people at high risk are first in line to get Moderna or Pfizer’s COVID-19 vaccines. Experts predict mass vaccination won’t take place before mid-summer or early fall. The comfort and convenience of streaming from the couch will continue to be no match for the big screen as cases of the virus exponentially rise.

“With everything in 2020’s box office, there’s always going to be an asterisk,” says Jeff Bock, a box office analyst with Exhibitor Relations. “‘Wonder Woman 1984’ is the first HBO Max simultaneous release. What will determine success is how many new subscribers HBO Max gets.”

From a commercial standpoint, the box office earnings of “Wonder Woman 1984” may prove even trickier to assess than Christopher Nolan’s sci-fi spectacle “Tenet,” Disney’s “Mulan” remake, Universal’s “The Croods: A New Age” and other big-budgeted movies that premiered during the pandemic.

That’s because the theatrical landscape already looks vastly different than it did just months ago. Only 34% of U.S. cinemas are currently open at limited capacity, with those in big cities like New York, Los Angeles, San Francisco, Chicago, and Philadelphia closed due to the pandemic. When “Tenet” bowed in September, 70% of theaters had resumed business. Just under 40% of the country’s multiplexes were open when “The Croods” sequel bowed in late November.

So far, no movie has been able to reach $10 million in opening weekend ticket sales. For films with budgets around $200 million, that would be a pathetic benchmark to strive for in normal times. But reaching double digits would practically be blockbuster status during the global health crisis. “Tenet,” the first major movie to debut amid the pandemic, earned $9.35 million from 2,779 screens in its first three days of release. It ultimately grossed $57.8 million at the domestic box office and $362 million worldwide. By the time “The Croods: A New Age” launched in 2,211 locations around Thanksgiving, it made $9.71 million on opening weekend. To date, the film has generated $27 million in the U.S. and $84 million globally.

Warner Bros. hasn’t finalized its theater counts, but the studio expects “Wonder Woman 1984” will play in 2,000 venues. Comparatively, the original “Wonder Woman” premiered in over 4,100 locations in 2017 and arrived with a massive $103 million.

Given its unprecedented rollout, combined with an even more unstable theatrical landscape, studio executives and box office analysts are hard-pressed to forecast initial box office receipts for “Wonder Woman 1984.” Heading into the weekend, the comic book adventure — again spotlighting Gal Gadot’s DC heroine — has generated $4.3 million in advanced ticket sales, according to the studio.

Official U.S. ticket sales for “Wonder Woman 1984” won’t be reported by the studio until Sunday. For “Tenet,” Warner Bros. angered rival studios because it opted not to report daily box office results. Yet even though Disney, Universal, and independent companies like IFC Films and 101 Studios have returned to unveiling daily grosses for new movies starting on Saturdays, Warner Bros. will continue to only share box office data on Sundays.

“If ‘Wonder Woman 1984’ opened with $5 to $7 million, that would be excellent,” says Bock, pointing to the scant amount of multiplexes in business.

Those choosing to venture out of the house to watch the Amazonian warrior’s latest onscreen outing are largely electing to shell out for private theater rentals. Almost 50% of pre-sales have come from private screenings, in which customers can rent out an entire auditorium to themselves and bring around 10 friends. As of Monday morning, an estimated 10,000 private theater rentals have been booked, with two-thirds of the advanced sales coming from AMC Theatres and Cinemark Theatres. Regal, the second-biggest U.S. circuit, has been closed since September. The most popular markets, among those with open theaters, have been Miami, Fort Lauderdale, Orlando, Dallas, Houston, and Phoenix.

“Wonder Woman 1984” is already off to a less-than-heroic start at the international box office. However, HBO Max is not to blame: the nascent streaming service is only available in the U.S. The movie earned a tepid $38.5 million from 32 countries, including a disappointing $18.8 million in China. The first “Wonder Woman” grossed $38 million in China on opening weekend and ended its theatrical run in the country with $90.5 million. The follow-up is expected to earn far less than that.

Movie lovers will have no shortage of options on Christmas. On the same day, the well-reviewed Pixar movie “Soul” is gracing Disney Plus, and two smaller titles — Focus Features’ revenge thriller “Promising Young Woman” and the Tom Hanks Western “News of the World” — are opening in theaters.

The unusual holiday lineup accentuates an already unwieldy 2020. Major tentpoles from every studio, a growing list that includes Paramount’s “Top Gun: Maverick,” Sony’s “Morbius” and “Ghostbusters: Afterlife,” and Universal’s “Jurassic World: Dominion,” were postponed in the hopes of launching in theaters at a time when coronavirus feels more like a distant memory.

In the past year, Hollywood has essentially tossed aside its rulebook to test out all kinds of strategies to weather the storm. Warner Bros. may have been the most aggressive, but it wasn’t the only studio to embrace a streaming-centric future. Disney put several potential blockbusters, such as “Mulan,” on Disney Plus instead of traditional theatrical releases.

Universal made a very different, though equally surprising, bet on the fate of the film business. It forged an agreement with AMC and Cinemark to put movies on digital rental services after 17 days in theaters. The studio intends to save its biggest films until after the pandemic abates, but the pact gave Universal confidence to usher out “The Croods: A New Age,” “Freaky” and other movies in recent weeks that might have otherwise gone directly to streaming. It will deploy a similar strategy with “News of the World” and “Promising Young Woman.”

Hollywood’s crystal ball is still hazy. But it’s already becoming abundantly clear that the rocky film landscape is making it more difficult than ever before to separate the hits from the misses. Unless another sequel gets the green light, or executives take the daring step to divulge tangible streaming statistics during the company’s next earnings call, it may never be clear if Warner Bros. was able to recoup its investment in “Wonder Woman 1984.”

“There’s no transparency on streaming data,” says Shawn Robbins, chief analyst at Box Office Pro. “There are educated guesses from third-party companies and hand-picked data, but it’s nowhere near the standardized data we get from box office results. With streaming, especially if there’s no premium price, it becomes a lot more complicated.”

GENEROUSITY – MacKenzie Scott Gives Away Almost $4.2B Into Charity In Only 4 Months