Mr Macaroni in a tweet he shared, noted that TAMPAN leaders announced Iyabo Ojo’s suspension during a press conference and also outlined a million and one things she did wrong.

He stated that it is interesting all these are happening after Baba Ijesha had been granted. 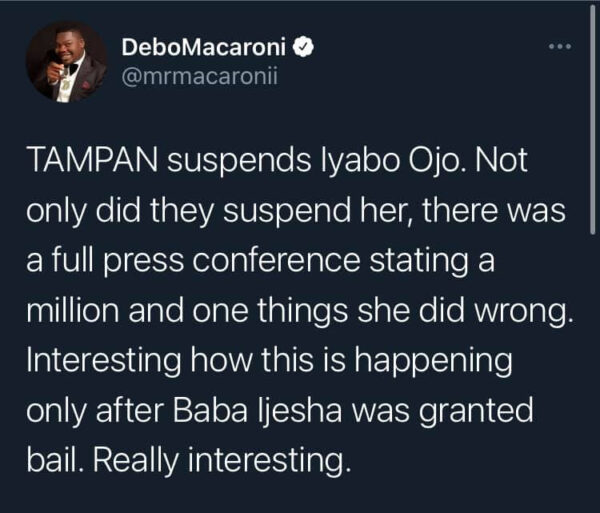 Nobody is a saint, Abba Kyari is innocent – Davido’s PA, Israel

BBNaija 2021: Liquorose speaks on having relationships in the house