Big Brother Naija star, Anto has dropped a shade on Twitter for a certain person who she said insulted her in the past and Twitter users are insinuating she was referring to Dodo Odera a.k.a Dodobas, the ex-girlfriend of her love interest while in the Big Brother House, Lolu.

In tweets she shared, Anto alleged that she took in a lot all in the name of maturity. She also disclosed that the person who body-shamed her and called her a husband snatcher is now forming slim and sleeping with people’s men.

I tolerated a lot of bullshit and threats in the name of “maturity” but las las “what goes up must come down, what goes around comes back around” 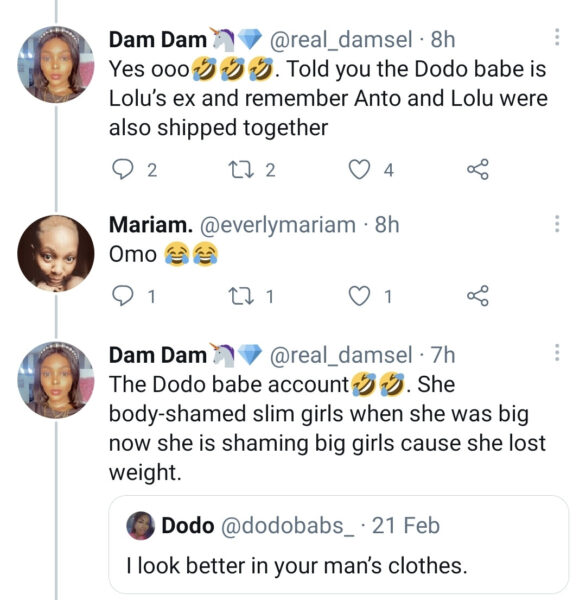 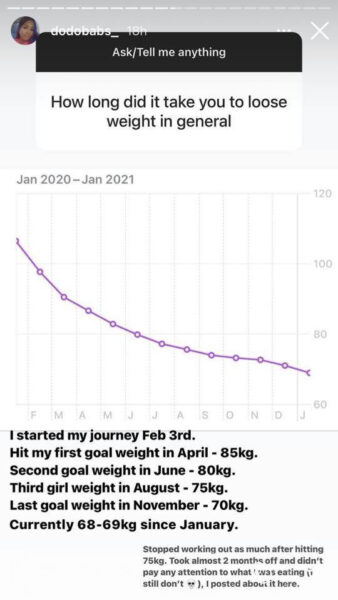 “Is crossdressing about to become a pandemic in Nigeria?”- Actress Nkiru Umeh asks