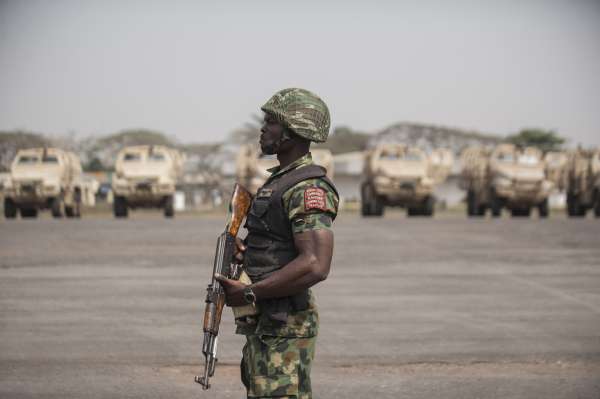 An attack by suspected Boko Haram terrorists in Yobe State on Wednesday August 25, was repelled by troops of the Nigerian Army.

A soldier who got injured during the gunfight with the insurgents who stormed Babbangida, the headquarters of Tarmuwa Local Government Area of the north-eastern state, is currently receiving treatment.

Channels Television reported that a reliable military source said the troops succeeded in recovering one Toyota van out of the three the attackers came with.

A resident Audu Yakubu, said that the attackers came in three Toyota vans and drove straight to the military base.

“Some villagers had earlier alerted us that they saw strange faces around the Babbangida axis.

“So on sighting them coming, we all ran into the bush for safety.”

Another resident who craved anonymity said the attackers invaded the community at about 6.15pm and started shooting sporadically. He, however, noted that the military engaged them in a gun battle.