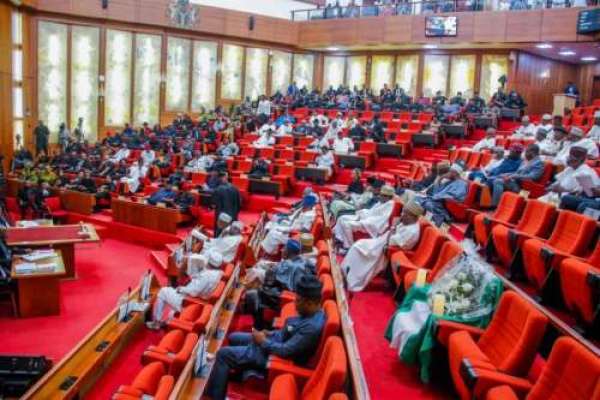 The Senate has ordered a hike in importation duties on syringes and needles into the country and therefore recommended 75 percent port duties.

This is as the upper chamber mandated full implementation of the policy on usage of locally manufactured syringes and needles by federal government-owned hospitals and health institutions across the country.

The two directives were meant to protect local manufacturers, give them enabling environment to contribute to the revenue base of the nation and to reduce unemployment.

These mandatory recommendations followed the consideration and approval of the reports of the Senate Committee on Health presented by chairman, Sen. Yahaya Oloriegbe (Kwara Central).

According to the chairman, the committee discovered that majority of the imported syringes and needles are substandard, unsterile (used and rewashed syringes from the Asian continent) hence endangering the lives, health, and safety of Nigerians.

He said “despite several policies of the Federal Government especially the introduction of 75% import duties on imported Syringes and Needles to deter importation, the Nigeria Customs Services has not been able to enforce this effectively, thereby leading to mass importation of cheap, substandard and
unsterile syringes and needles.

“Importation of syringes and needles is killing local manufacturers making them to lay off staff and preventing them from contributing effectively to the economy.

“NAFDAC regulates seven (7) products including Syringes and Needles. NAFDAC has a 5+5 policy which means at the end of 5 years the importer must migrate from importation to manufacturing. This policy is just 2 years in operation hence it has not been applied to this sector.

“Compulsory requirement for manufacturers to register to pre-qualify for the World Health Organisation’s certification costs about $1.5bn. This has been an impediment to local manufacturers attaining this status and preventing they’re being patronized by organizations using donor funds”.

The committee therefore recommended that “the Federal Ministry of Industry, Trade and Investment should finalise the process of approval of the Backward Integration Policy(BIP) (for the sector) by the Federal Executive Council and commence the implementation of the Policy by 1st August 2021.

That “as a matter of urgency, the Federal Government should fully implement 75% import duties on the Importation of syringes and needles and put stringent measures to the defaulters thereby encouraging local manufacturers and ensuring employment opportunities. Towards this end, the Nigeria Customs Services should enforce this policy.

“The Federal Ministry of Health should develop and implement a Policy Guideline that will ensure that all hospital projects and programmes funded with the government of Nigeria’s funds to procure and use Syringes and Needles approved by relevant Nigerian Regulatory Bodies without a requirement for World Health Organisation’s pre-qualification.

The Senate also asked syringes and needles manufacturers to take the advantage of the Central Bank of Nigeria’s Special Intervention Fund for the Health sector to improve and extend their capacities.

Recalled that the Medical Device Manufacturers Association of Nigeria (MDMAN), producers of syringes and needles sought the intervention of both the Senate Committee on Health and of Industry Trade and Investment on the implementation of existing policies meant to protect local manufacturers.

The association in its petition had alleged that the government at all tiers was not patronizing local manufacturers but instead patronize foreign syringes and needles.

President of the Medical Devices Manufacturers Association of Nigeria (MEDMAN), Mr Akin Oyediran had during interface with the Senate committees and the Health Minister, Dr. Osagie Ehanire and NAFDAC Director-General, Prof. Mojisola Adeyeye said the implementation of the policy would stop importation of low quality medical devices that may expose patients to health dangers.

Oyediran explained that the Backward Integration Policy (BIP) entails Nigerian manufacturers’ right to produce syringes for the local market and can import same to meet local demands if their factories could not produce enough quantity to satisfy local needs.

He said, “We have the capacity to produce the required syringes and needles that we need in the country.

“One of the manufacturers in Nigeria, the Jubilee Syringe of which I am the MD is the largest manufacturers of Syringes in Africa.

“The local manufacturers are actually the highest supplies of syringes and needles for hospitals. There is no point in why government hospitals should use imported syringes when we have locally manufactured ones.

EFCC: I was not arrested, went on my own volition – Saraki