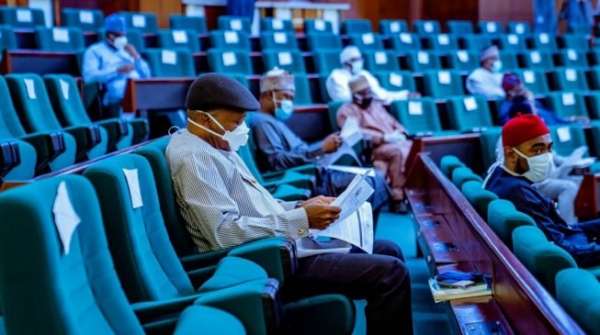 The House of Representatives on Wednesday uncovered over N5 billion waiver granted to China Harbour on imported construction materials, despite the country’s commitment to the repayment of multi-billion dollar loan obtained from China.

Speaking during the investigative hearing into the audit query issued by the office of the Auditor General of the Federation (oAuGF) against Nigeria Customs Service (NSC), Chairman, House Committee on Public Accounts, Hon. Wole Oke, frowned at the complacency of various regulatory agencies that approved such waivers in breach of due process and extant financial regulations, thereby leading to huge loss of revenue into the Federation Account.

He expressed grave concern over flagrant breach of various policies and regulations guiding the waivers and capital allowances granted to some multinational companies and public quoted companies granted during 2014 and 2020.

To this end, the Committee directed the Minister of Industry, Trade and Investment to provide evidence of the capital allowance certificates granted to over 600,000 companies and other relevant documents during the period under review.

Hon. Oke explained that the Auditor General in its query expressed concern over the depletion of revenue accruing to the “Federation Account is nose-diving and they (oAuGF) asked us that, why are we not filing the revenue profile of Customs? They said it should be audited, that’s what they said.

“And so we called customs and they came to present the list. There are a lot of things like tax avoidance, tax avoidance is lawful but we are only checking the abuses. So that is what we are doing in a situation where you are based in Nigeria, import from France for example and the documents emanate from Mauritius! So all we want to establish is the goods from the manufacturer, is it the same pricing that is comes with from the manufacturer?”

He further alleged that “some multinational companies indulge in the abuse of tax avoidance, transfer service schemes and they use that to undermine revenue generation in Nigeria.

“And that is the issue the Auditor General is raising that collections by Nigeria Customs, collections by FIRS, the remittance by DPR and NNPC is nose-diving and that we should check it.

“They are even particular about Customs that we should audit it and that is why we invited Nigeria Customs, and Nigeria Customs availed us in response to the Committee’s invitation submitted a list of over 600,000 companies, and like I said there is no how we can invite over 600,000 companies, we don’t even have the budget because it will cost us N1.2 billion to write them. So we have to do sampling to conform the fiat in the issues raised by Auditor General.”

In the bid to end the flagrant abuse of the process, he underscored the need for relevant House Standing Committees including Finance, Customs and Excise, to escalate their oversight mandates in the bid to block leakages and level of impunity being perpetrated by the MDAs, noting that the exercise being carried out by the House Committee on Public Accounts is post-mortem.

He also underscored the need for Standing Committees to have detailed information on the number of Shipping and cargo companies operating in the country, with the view to ascertain the details on importation and revenue due to the Federation.

“The solution is that we should step up our oversight and ensure that nobody is undermining the revenue accruing to this country, either through these schemes I’ve mentioned or fraudulently.

“Like in the case of China Harbour, China Harbour got a contract in Nigeria through contract financing and then you are claiming Duty Waiver of over N5 billion on items and materials that are available in Nigeria. They are importing them, they kill local industries, you are injuring us from both ends.

”We just have to resolve that the MD of China Harbour should cause appearance. All they are trying to do is to cover-up when it comes to capital flight they don’t mind, but when it comes to accountability they are running away. And those who granted the Duty waiver we must ask them and that’s why we invited the Ministry of Finance to cause the appearance to come and defend the duty waiver they gave to you.

“A company that is bringing in cement when there is Dangote Plc producing in Obajana, we have in Okpella, Ewekoro, Ibesi and they also pay the duty, meanwhile they charge Dangote duty when they bring equipment!

“As we speak today, do you how many ships are berthed today. Who cares?”

Worried by the development, the Committee resolved to summon Nigerian Ports Authority (NPA) and Secure and Anchorage Company responsible for the collection of revenue ranging between $3,000 to $4,000 per vessel at the ports.

In their separate presentations, representatives of the companies invited, including A-Z Petroleum who have subsidiary companies; Longman (now Learn Nigeria) affirmed receipt of capital allowances on manor transactions carried out including books imported for free and printed overseas.

In his ruling, Hon. Oke directed the Chairman of Federal Inland Revenue Services to furnish us with records of A-Z Petroleum and its subsidiary companies, submit copies of audited accounts, capital allowances claims, and tax certificates issued.

He also urged the Clerk to request the CAC Registrar General to also reveal the veil of A-Z Petroleum and the affiliate companies, the Particulars of Directors and Shareholders vis-à-vis annual returns.

Court asked to stop Adamu from Parading as IGP