A UK-based pastor has been accused of abandoning his wife and 4 children in the UK to take a new wife in Nigeria.

Rev. Prince Dom Odoemena was ordained a pastor in the Anglican Diocese of Orlu Imo state and now works as an Assistant Curate at Emmanuel Church in Forest Gate, East London, and the Vocations Officer (vocations Enabler ) with the Church of England.

He has been married to a woman named Genevieve, also from Imo state, for over 10 years and they live in the UK. Their union has been blessed with 4 children.

It was alleged that Rev. Prince and his family subjected his wife to physical and emotional abuse over the years.

Photos making the rounds online show Genevieve, the mother of his 4 kids, with a bump on her head and blood oozing from her split lower lip. Her husband, the reverend, was accused of being responsible.

After years of alleged abuse, Rev. Prince Odoemena reportedly abandoned his wife and children in the UK and returned to Nigeria to marry someone else.

In order to justify his actions, he allegedly told everyone that his wife Genevieve has been cheating on him. He also allegedly falsely claimed he’s been financially responsible for her and their kids even though he’s left no longer with her. 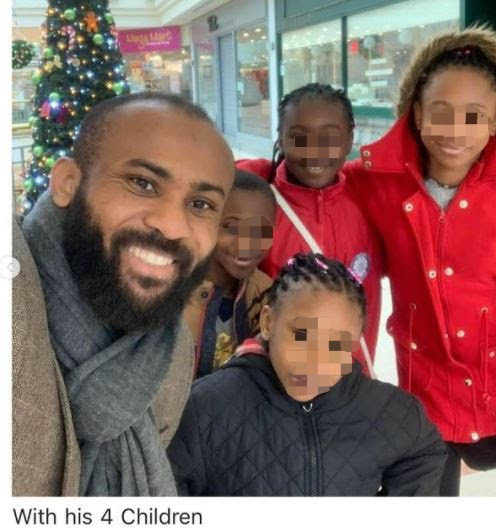 It was further alleged that Genevieve was the one who helped Prince Odoemena to get British citizenship and supported him through his studies in the UK, only for him to abandon her after he became established.

There’s a letter making the rounds online addressed to the Church of England to report the actions of Prince Odoemena to the Church.