Lala Anthony has filed for divorce from Carmelo Anthony after more than 11 years of marriage and nearly 20 years together.

According to TMZ, she filed on Thursday, June 17, citing “irreconcilable differences.”

The estranged couple have been separated for some time and the divorce is an amicable one, sources told the publication.

La La initially separated from the NBA star in 2017 after rumors arose that he cheated and possibly fathered a child outside of their marriage of then seven years.

At the time, images leaked online of Carmelo on a boat with another woman just days before La La celebrated her 36th birthday.

In 2018, there were speculations that they were reconciling as they started making appearances together again in public. But by 2019, they were estranged again.

Lala was last seen publicly with Carmelo at an NBA game in 2019 while attempting to help their son Facetime with his father during the game. Also, the family came together to quarantine last year.

The source said that they took their time to officially divorce for the sake of their 14-year-old son, Kiyan, so that he would experience a smooth transition as they ended things.

Kiyan just graduated from middle school and is on his way to high school. 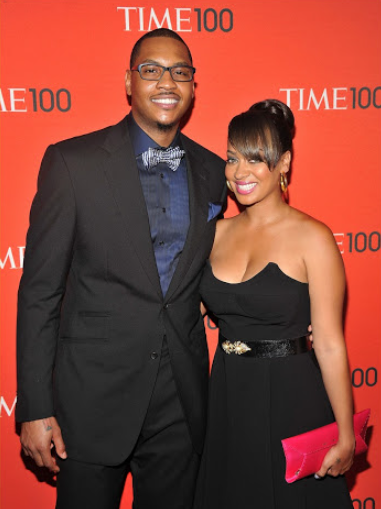