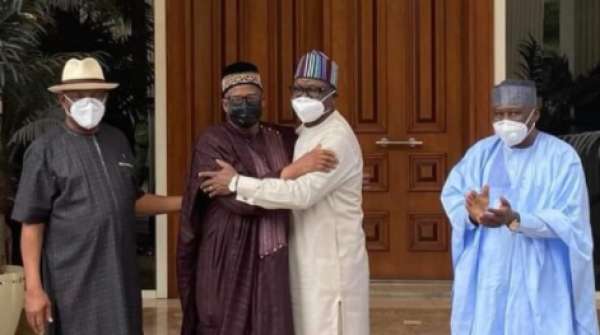 The media fight between Benue state governor, Samuel Ortom and his Bauchi State counterpart, Bala Mohammed, over the bearing of AK47 rifles by herders appears to have become a thing of the past as their Rivers State counterpart, Nyesom Wike, reconciled them after a meeting initiated by the Peoples Democratic Party (PDP), which held in Port Harcourt, the Rivers state capital today March 2.

The two governors have been in the news as they disagreed over the use of AK-47 rifles by herders.

Recall that on February 12, Governor Mohammed had accused Governor Ortom of championing the campaign to criminalize the Fulani tribe. He also defended the use of AK47 rifles by herdsmen. According to him, the herdsmen deserve to carry rifles as the government has failed in its duty to protect them.

While reacting, Governor Ortom expressed his disappointment at Governor Bala. He went on to accuse the governor of attempting to kill him. He also asked any herder in Benue state who wishes to move around with AK47 rifles to vacate the state and go to Bauchi state.

“Anyone who is not willing to respect the laws of our land should go and meet Bala Mohammed, and there you can carry AK-47, and you’ll not be apprehended,” Governor Ortom had said

Following the row this caused in the media, the PDP initiated a meeting where both governors met today and resolved their differences and hugged each other.