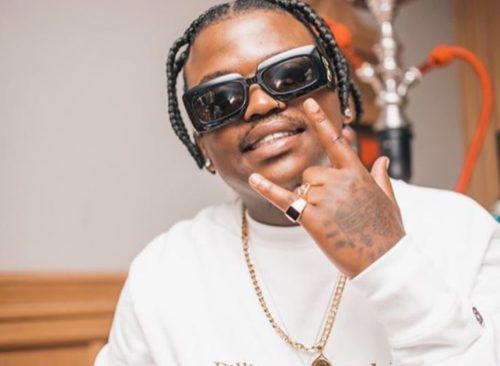 The South African fast-rising star who has always anticipated scooping prestigious wins got nominated in the Best Breakthrough Act category alongside Elaine, Tems, Omah Lay, and a few others.

The MTV Africa Music Awards 2021 will broadcast on MTV Base (DStv Channel 322) and MTV (DStv Channel 130). The show will also be aired on MTV channels across multiple continents as a one-hour MAMA-themed MTV World Stage feature.

Focalistic got congratulated by South Africans, including stars like; Khuli Chana and Lamiez Holworthy. 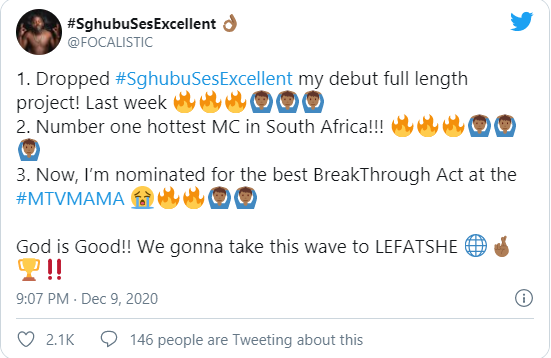 Proverb voted into the SAMRO board