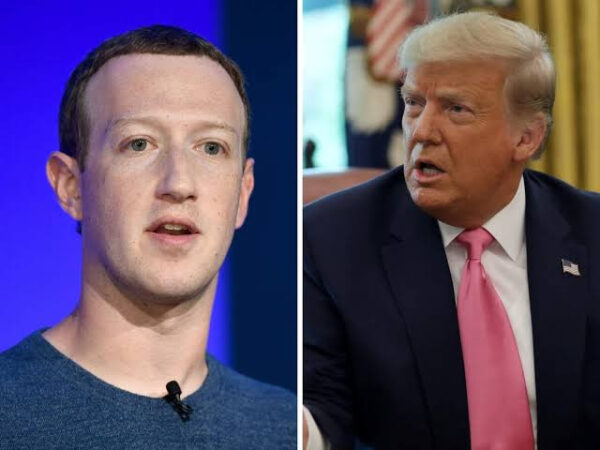 Facebook COO, Sherry Sandberg initially announced Trump has been banned from the platform for 24 hours, writing:

I am deeply disturbed by the violence that took place today at the US Capitol. The peaceful transition of power is the cornerstone of our democracy. Joe Biden has been elected the next President of the United States with results that were certified by all 50 states and the District of Columbia. We need to come together to focus on the critical problems our country is facing – ending the pandemic and helping our economy recover.

At Facebook, we are treating today’s violent events as an emergency. We are restricting President Trump’s Facebook and Instagram accounts for the next 24 hours, meaning he’ll lose the ability to post on both platforms. We are also taking a number of other actions outlined in this post from our VP of Integrity Guy Rosen.

Related Topics:Donald TrumpMark Zuckerberg
Up Next

Kim Kardashian and Kanye West splashed $1 million each on themselves