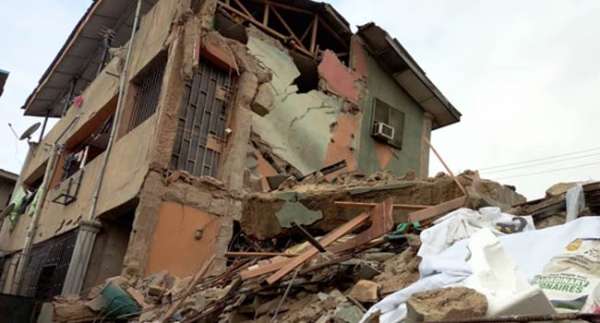 A two-story building under construction has collapsed in Awka, the Anambra State capital.

About 20 persons who were trapped in the Awka disaster were rescued alive, though they sustained various degrees of injuries.
About four persons were, however, trapped in the debris in the building that collapsed in Oko, but, were also rescued alive with injuries.
Both incidents according to LEADERSHIP findings occurred in the early hours of yesterday.

An eyewitness who did not want his name in the print said that the two-story building which collapsed in the Amikwo area of Awka occurred at about 2 am yesterday, fell on a path of another nearby two-story building housing about 20 persons.

The premises of the collapsed building had already been marked sealed by officials of the Awka Capital Territory Development Authority (ACTDA).